You are here: Home » News » Can Liquid Chalk Really Double as a Hand Sanitizer?

Can Liquid Chalk Really Double as a Hand Sanitizer? 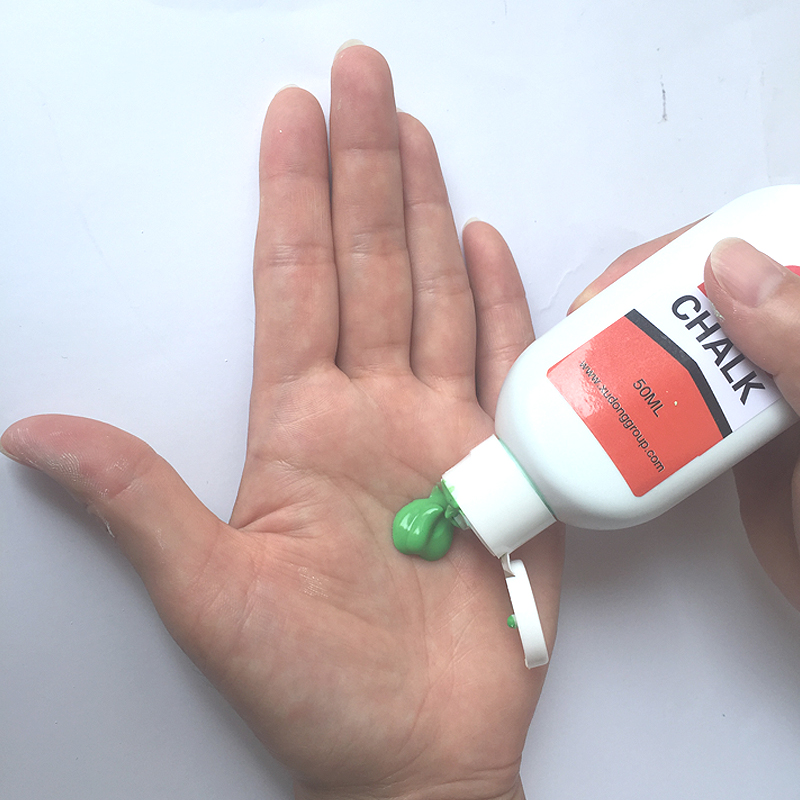 To protect ourselves from the coronavirus, the CDC recommends keeping your hands as clean as possible, including using hand sanitizers with at least 60% alcohol when hand washing is not possible. Liquid chalk, used by climbers and powerlifters to help with grip, often contains a significant amount of alcohol. So can you rely on liquid chalk to keep COVID-19 at bay?

I started seeing this idea thrown around as people were discussing gyms reopening. “Liquid chalk is basically hand sanitizer with chalk,” one gym wrote in an email to members posted on reddit. I wondered if this could be true, or if it was just wishful thinking by people who are antsy to get back in the gym.

More recently, I noticed that Friction Labs is marketing a version of their liquid chalk with 80% alcohol as “hygienic.” (In an interview, the CEO noted that the pre-pandemic formula was around 45% alcohol.)

Still, I was skeptical. As we reported back in March, there’s more to making a hand sanitizer than just whipping up something with the right alcohol content. The other ingredients in the formulation contribute to the sanitizer’s effectiveness, and to your ability to use it safely without drying or irritating your skin.

Fortunately, scientists have actually attempted to answer this question.

It definitely does something

I wrote to Friction Labs and asked if they have data to back up their claim that their chalk is hygienic. To my surprise, they did. CEO Kevin Brown sent me some lab results, which haven’t been published formally, but you can read about the experiment on the University of Colorado website.

A grad student in New York, Anthony Antonelli, wrote to the company when they first started marketing their chalk as “hygienic,” only to hear that there was no data. So he reached out to scientists he knew, and a team at Colorado—including immunologist Ross Kedl, who is also a climber—tested the chalk.

Here’s the good news: In two experiments, this particular liquid chalk formulation, which is 80% alcohol, sure seemed to work like a hand sanitizer.

One of the tests aimed to mimic real life use, and tested for bacteria. (COVID-19 is a virus, not a bacterium, but we’ll get to that.) The team swabbed volunteers’ un-chalked hands as a control. Then the volunteers applied the liquid chalk and let it dry, and the team swabbed their hands again. Both samples were allowed to incubate on agar plates. This is a standard way of measuring bacterial contamination: Even though the bacteria are invisible when you swab them, they grow during the incubation process. With enough food, warmth, and time—a couple of days, typically—colonies of millions of bacteria, big enough to see with the naked eye, appear on the plates. This test showed that the pre-chalked hands had plenty of bacteria on them, but after using the chalk, little or none could be detected.

So what about viruses? The team had actual SARS-CoV-2 to work with, the virus that causes COVID-19. But they couldn’t ethically spray that onto people’s hands. So they tested it by spraying the virus onto a plastic surface in the lab, and treating that surface with the chalk. The liquid chalk passed this test, performing about as well as a standard laboratory disinfectant.

“Most of what we do is not related to liquid chalk,” said Kedl. “This was all just kind of a fun little project that we had the chance to work on.” But it satisfied his curiosity about whether the chalk could kill germs and inactivate viruses. The chalk company’s CEO seemed pretty pleased with it too.

It’s still not a hand sanitizer

That sounded reassuring, but is it good enough? To get another perspective, I talked to Kelly Dobos, a cosmetic chemist who has experience in formulating hand sanitizers and has worked for Purell.

“Formulation matters,” she says. Alcohol doesn’t necessarily kill germs on its own. In the case of enveloped viruses like the one that causes COVID-19, sanitizers need to contain a bit of water to disrupt the lipid membrane that surrounds the virus, and to help denature the proteins that the alcohol destroys. Part of the challenge of formulating a proper hand sanitizer is making sure that the mixture is able to stay wet for several seconds after you’ve rubbed it on your hands.

You still need to stay safe in the real world

The real question here is not “does liquid chalk inactivate SARS-CoV-2?” but rather, “will liquid chalk keep me safe in the gym?”

So, think about what we need to do to stay safe. Before we even think about what’s on our hands, it’s important to limit our risk in other ways. We should limit how close we get to other people, how much time we spend with them, and how much time we spend indoors or in places without good ventilation. When people are close together, everyone should wear masks. We need to do all of that and remember to wash our hands and avoid sharing surfaces and utensils.

So, to figure out if your gym is safe, look around your gym. If people are far apart, and the space is outdoors, and people have masks on, and you can disinfect the equipment you touch before and after lifting, that’s probably not too bad. Some gyms are holding outdoor classes that meet these criteria.

But many gyms don’t look like that. Indoor climbing gyms especially have a tough time meeting those criteria. Even if people keep their distance, and even if everyone wears a mask, you’re still touching tons of things that other people touch, and you’re putting your face right up to the wall and breathing on it. Even if you could clean the whole wall between climbers (no gym is doing this, to my knowledge), the holds and surfaces are porous enough they’d be very difficult to properly disinfect.

No matter how good your liquid chalk is, it can’t protect against all those other routes of risk. And then we get into the realities of how you use liquid chalk. You don’t put it all over your hands and between your fingers; you usually just apply it to your palms and fingertips. Many folks have a habit of blowing on their hands to speed the drying, which could potentially add germs to your hands. And you apply the chalk as often as necessary for grip, which may not match how often you would need to use it for hand-sanitizing purposes.

In the end, it’s nice to know that at least one brand of liquid chalk can kill germs on your hands. But no chalk is a substitute for hand washing, or for paying attention to other risk factors like time, space, people, and place.